You are here: Home / Canning Tips & Guides / What is Pickling Salt? (And Substitutions)
This post may contain affiliate links.  Read full disclosure here.

Canning salt, also known as pickling salt, or simply “pickling and canning salt” is called for in all manner of canning recipes, as well as traditional food preservation recipes.  But what is it, and what is the difference between pickling salt and regular salt? 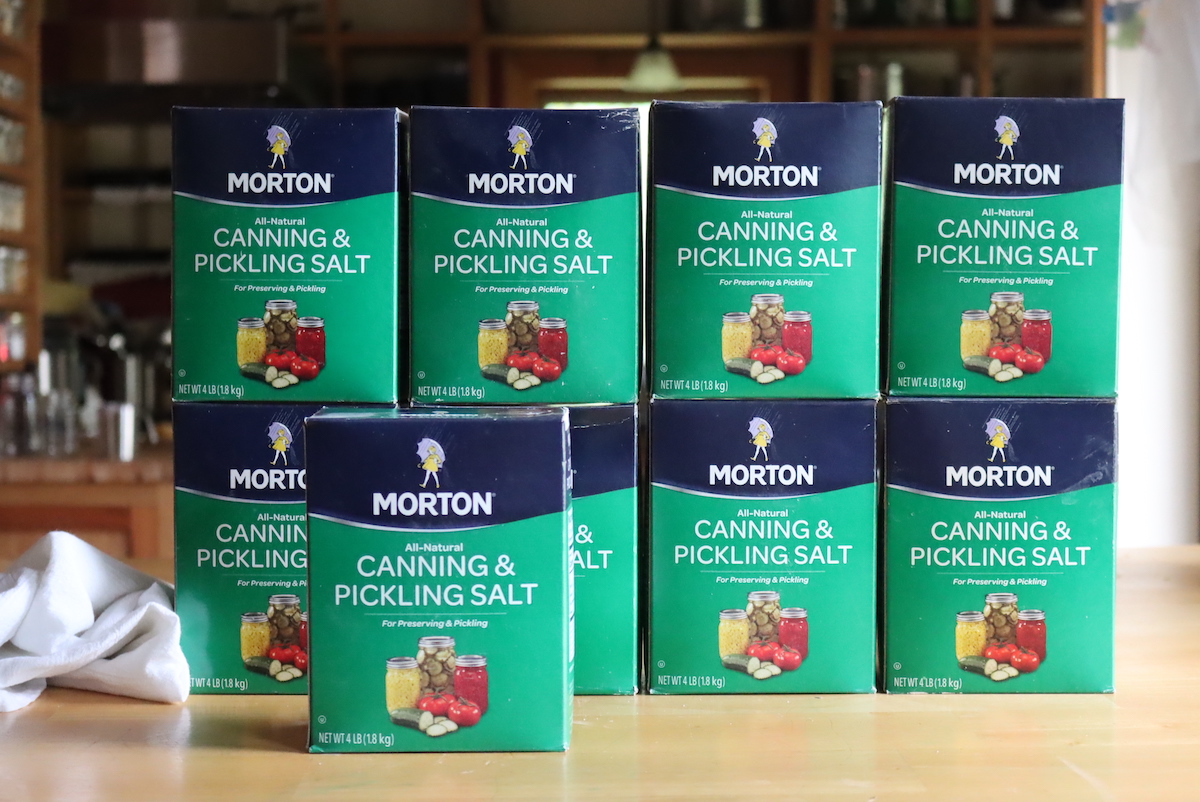 Most grocery stores carry pickling salt, right alongside regular table salt, kosher salt, sea salt and countless other types of salt (and salt substitutes).  But what is pickling salt, and is it required for canning?

The answer is a bit complicated, and while it’s not strictly required, it does give better results than most table salt.  Sitll, there are plenty of substitutions available if you don’t have pickling salt on hand.

What is Pickling Salt (or Canning Salt)?

It’s what you’d assume you’re buying when you purchase anything labeled “salt” in the grocery store, but these days, most types of salt contain other additives.  Table salt tends to contain the most additives, including anti-calking agents to keep it flowing smoothly out of the salt shaker.

There are other types of salt at the grocery store without additives, and you may already have some of them in your cabinet.  Just look at ingredient labels.  It should say “salt” and nothing else.

What is Pickling Salt Used For?

Pickling salt is used for pickling, as the name suggests, but it’s also used for all manner of other canning recipes, such as pressure canning recipes for meat and vegetables.

Since there’s nothing else added to the salt, it won’t result in off flavors or cloudiness in the jar.

Pickling and canning salt is also used for curing meat in charcuterie recipes.  They generally require precise salt measurements, which often won’t work if you’re using “salt” that’s not all salt by weight.

What Can I Substitute for Pickling Salt?

Pickling salt is a plain salt that’s designed to give you a very neutral result, without off-flavors from additives.  Since it’s just salt, it dissolves completely and won’t cloud the brine in homemade pickles.

Other types of plain salt, such as Sea Salt, Himalayan Salt, or Redmond’s Real Salt, are fine substitutes, provided they only contain “salt” on the ingredient list.  The other minerals in natural salt are fine for canning, and a bit of naturally occurring iodine in sea salt is perfectly fine for canning.

Most types of kosher salt at also fine, but I have recently found several that contain anti-caking agents, so read the label.  It should just say “salt” or “kosher salt.”  Diamond Crystal Kosher Salt is additive free, and it’s one of the most common brands.

We tend to use Himalayan Salt in our canning because it’s more flavorful, but it can cloud the brine ever so slightly.  Cloudy brine is a cosmetic issue, and it doesn’t impact flavor or preservation.

The main thing you want to avoid is salt that has additives and anti-caking agents, as those will not only cloud your brine, but they’ll also give off flavors to your preserves. 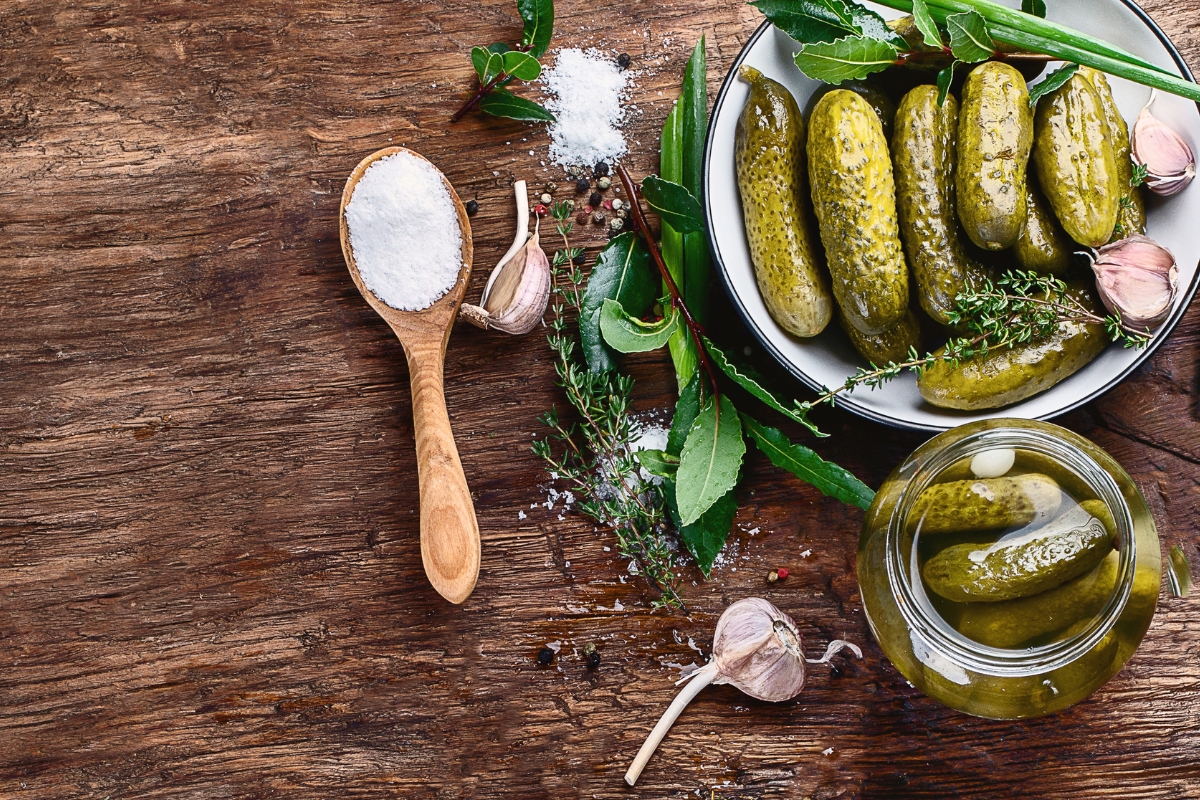 What is the Difference Between Canning Salt and Regular Table Salt?

The ingredients for Morton’s Table Salt, one of the most common brands in US grocery stores, include:

All of those additives can impact the flavor and quality of pickles and preserves, especially the calcium silicate that’s used as an anti-caking agent.

Pickling and canning salt just has one ingredient…salt.

What is the Difference Between Canning Salt and Kosher Salt?

I have, however, seen a few brands that now include anti-caking agents and other ingredients.  Look at labels, and you may be able to use kosher salt in place of canning salt if the ingredients label only lists “salt” and nothing else.

Can I Use Salt Substitutes for Pickling?

Many pickling recipes require a seemingly absurd amount of salt, which can be a problem if you’re on a low-sodium diet.

Modern canning recipes developed by the National Center for Home Food Preservation in the US only use salt for flavor, rather than preservation.  If you’re water bath canning a tested and approved recipe, the salt is not required for preservation.  The salt can be reduced, omitted, or replaced by a non-clouding salt substitute such as Herbamare Sodium Free and Also Salt Sodium Free Salt Substitute.

Be aware that many salt substitutes may be used at different rates than regular salt, so consult the packaging.  Beyond that, since they are a substitute, the taste will always be a bit different.  Some are known to leave a bitter aftertaste in foods, but the two linked above tend to be the best in terms of salt-like flavor.  Try a small batch first before you really commit to making a big batch of pickles with salt substitute.

You can find a really thorough discussion of salt substitutes in canning on the site healthy canning. 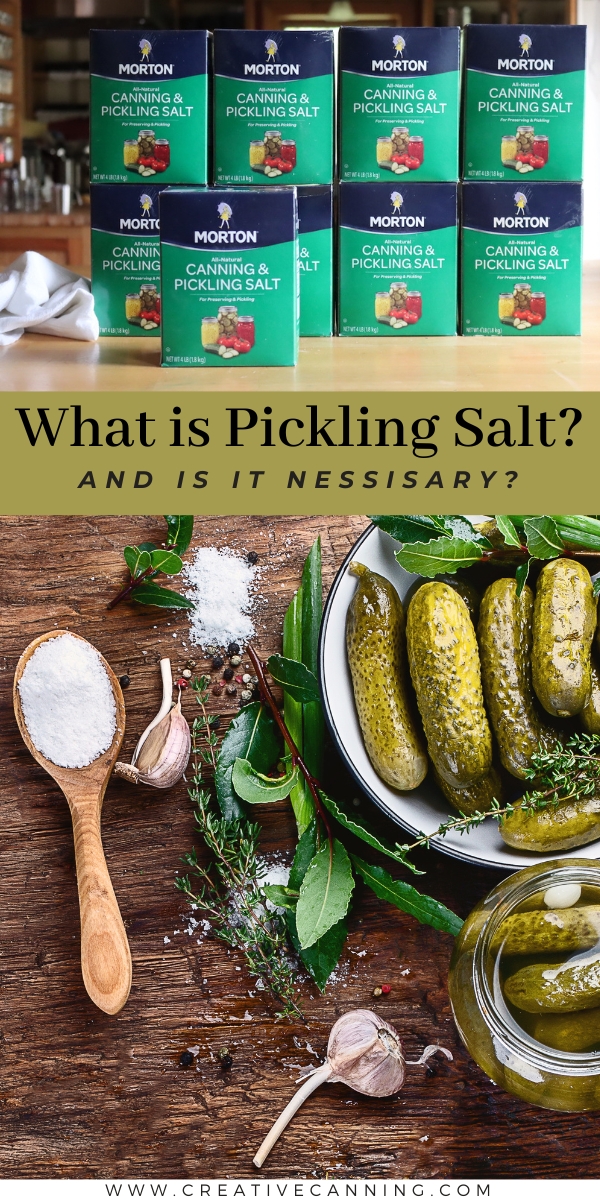